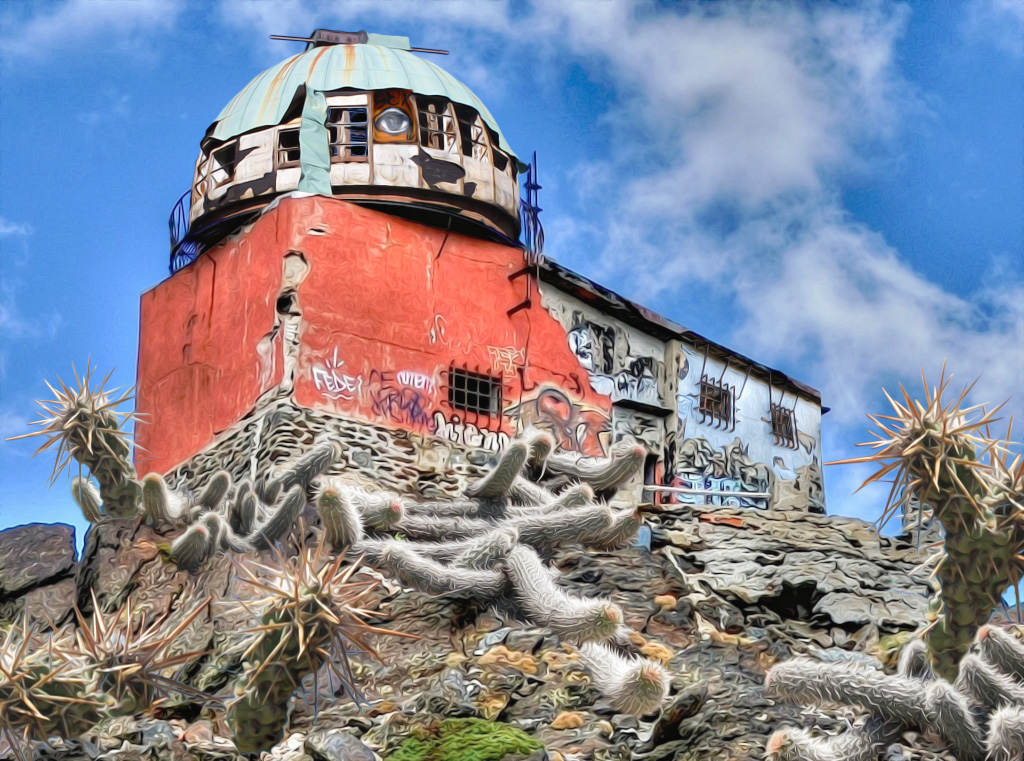 This hideout is located in a small observatory at the top of Trengalor’s Bluff. The south side of the dome of the observatory has broken open, and been closed in with a patchwork of old windows. Boi-Seu uses the shelter and light of that room to grow his rarest of herbs.

The entire observatory is protected by a variety of Horl Choo’s (living cactus). A total of 7 Stingers, and 4 Tumblers currently protect the hilltop from all but the most persistent.

Boi-Seu is actually rather unfond of people coming to his home, and will initially shout down from a window his desire for the party to leave and arrange a meeting the following Slagday, when he ventures into town (He recognises them as townies).

If they persist in asking for an audience, he’ll finally cave in, and order his Horl Chuu aside.

Inside he’s offer them some tea or water (an uncommon courtesy), and tell them to please for the love of the World Roots get down to business quickly. He’ll be reluctant to part with much information, and it must be weedled out of him…

Ascendant campaigns can view previous versions of their pages, see what has changed (and who did it), and even restore old versions. It's like having a rewind button for your campaign.

We've already been saving your edits, so if you upgrade now you will have instant access to your previous versions. Plus, you get a 15-day free trial, so there's nothing to lose.

I'm sorry, but we no longer support this web browser. Please upgrade your browser or install Chrome or Firefox to enjoy the full functionality of this site.